Another race in –again- new conditions and another win, but with 1 big difference: the return of Fejes made my life a lot harder (and I love it). The track was dry and fast with all the elements needed for cx-racing: cold weather, long fast stretches, a small steep climb to run, a nice powerclimb, some slower parts with plenty of nice turns, just everything… except for mud, but after Veszprem, I am not asking for mud anymore J.

Here is what I saw in the race: My start was ok and I got to 4th position, but that was only for 100m, because after that, I pulled my shoe out of the pedal, almost making me crash. After this, I was in 6th position and in the first turn I almost got pushed to 7th. After a couple of turns, I saw that our Slovakian friend was taking the lead and the pace was nice. I think we were 6 in the frontgroup. But in loop nr 2, I saw that Fejes was starting to move up from 5th to 4th and eventually to first. I had already noticed that he had changed again. In the past weeks, I had seen him grow more and more nervous, but thanks to his unfortunate bad luck technically (flat tires, shifting problems,…), he must have realized that a good final classification is impossible now and this has obviously taken away the pressure. He looked strong and before I realized it, he was 6-7sec ahead! I was still in 5th place and so I had to make a move fast. In the first straight after the finish in the 3rd loop I jumped to 2nd position and now it was time to try to close that gap. But, its cx, so accelerating means you have to go from the red zone into the purple zone and that hurts! But ok, I managed to find some high pace and I also got away from the others. Chasing somebody is a nice job as you can see how you get closer, little by little and by the end of the loop, I was with Fejes. After these 6 hard minutes, I had to recover, but being a smart racer, Fejes also realized this and so he pulled quite hard on every straight part, just my weakest point… So, I was trying to relax in the turns, already studying his lines and giving it all on the straights, talking about intervals, woww. In the 5th loop I saw he was starting to make mistakes and I realized he was getting tired. So I started to plan an attack. As the straights kill me, I realized the perfect spot was on the 1 powerclimb, as after this, the road keeped on turning, so I could even win some more time there. So, after running up the steep climb, I saw Fejes had troubles to clips into the pedal and so I attacked here, just 200m before the climb. On the climb I went to full speed, but with some room to keep this effort all the way through the forest and it worked! I could take 5seconds and so I kept on pushing in the 6th loop, but now, I got into traffic. I noticed I had a nice gap, but everything was still possible in the traffic. But, on the other hand, when you are blocked a little, it also gives you time to recover, so, it wasn’t all bad J. Really slowing down was impossible as I just know he is a fighter and if he can sense any hesitation, it will make him extra motivated to come back, so I had to continue pushing till the finish.

So, I loved it, I had a great fight and on top a 5th victory in 5 races. The only downside: because of the fast bumpy stretches, my old back hurted, but ok, 1 night of sleep would solve that J. So, thanks again to the organizers for giving us 1hr of fun in great conditions with hot showers, pizza,…. Thanks to Attila for the pictures and to Laszlo for keeping me warm with my jacket… 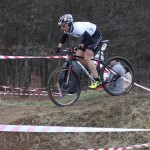 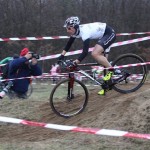 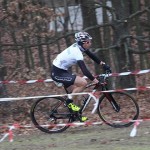 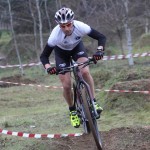 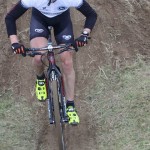 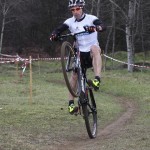 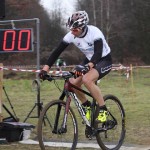 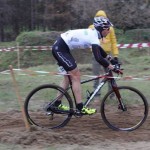 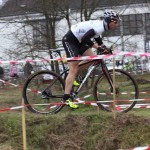 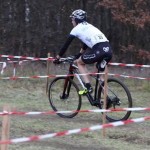 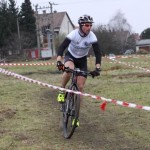 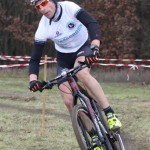 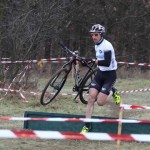