Endura Villapark Vertes Marathon: What a shock for my body!

Yes, yesterday was punishment-day! You just can’t expect to fly after taking a 10week break from biking… Indeed, 10weeks without training or riding. First 6 weeks in the sofa real sick, too weak to walk to the supermarket on the corner of the street, then 7th week, some easy road, 8th week a nice adventure with Veronika in 4Islands, but I had to go careful to survive and so I never went into the red racingzone there. The 9th and 10th week, it has been schoolholiday and so those are the weeks I have to work ;). No time for riding, for sure not for real training… So, what did I expect from this race? A test, nothing more. I knew I wasn’t good enough, but I just wanted to know how far I was behind my normal level. Knowing that today also would be the first ride longer than 60km in 10 weeks too, I knew pain would be coming soon… but, I didn’t know it was going to be so bad L, and this was just a small little race, aiaiai! 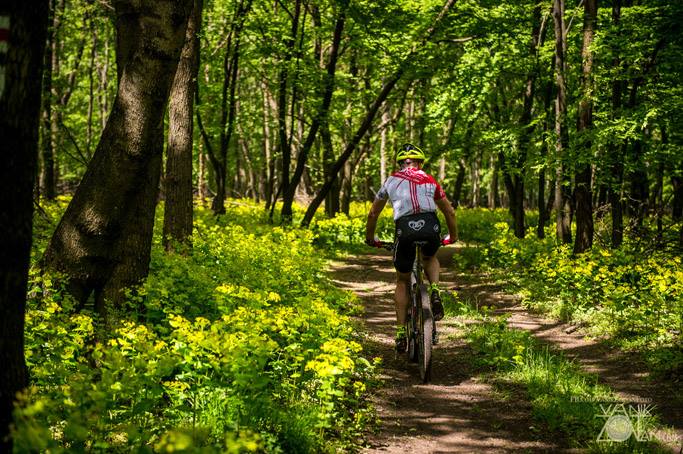 Sundaymorning, 9.55, time to get to the start. Hmm, nobody here? Strange, organizers are throwing with pricemoney, but still nobody shows up? Perhaps there is a better way to spend this money to make it more attractive to big main group of amateur-bikers here in Hungary? Anyway, all the same to me, I saw some serious faces of guys who were going to make my day painful, so my test was still on… 10.00, we get going. After only 1km, there was a small bump in the asphalt, maybe 5m up and here I already knew what was going to happen today… My HF was already in the red and this was with the whole peloton cruising on asphalt, so that didn’t say anything good… Once in the forest, on the first hill, people were nervous and so the pace really went up to test eachother… Man, painfull and crazy to see my HF! It was like in the first cx of the season, my body was in shock! It was just not going right! Even at +180, I couldn’t really go fast and while in a cx race going in red is ok, doing it in a marathon is absolute stupid… So, I tried to slow down and I was happy when Blaszo finally got away with Peter. But, they didn’t really attack, I think Blazso didn’t trust it too much, and so the group stayed nervous and eventually we all got back together till the end of lap1. When we got to the finishline, the pro-riders could continue as they have helpers to give them all equipment like fresh bottles, I had to stop to fill mine. And sure, the waterpoints are as amaturistic as me: nobody is prepared to fill a bottle, no device can make a fast fill-up.. So, I lost 30sec and got alone… Frustrating? Not really, as now I would be able to concentrate on my HF. Sure, when I restarted, I speeded up first, but then I realized this would be the worst idea of the day and so I went my own pace. When I came to the lake, I realized the signs were missing, but, after racing here last year, I knew I had to turn left… Apparentely, Buszo also saw this and being part of the organization, he pulled out of the leading group to fix this: big respect!! Thanks from all the other riders I think! A km further I could see the leading group and at this point Blaszo noticed I am 25 sec behind and he finally decided to get his stress out and attacked J. For me, it was like watching a movie, I can see it, but I am not in it and so I just ride on. After 4km, I got to Zsillard and he was riding a perfect pace. Sure, he did the xco yesterday and I know he is stronger, but now it is good for me to ride with him. After a long climb, I get the stupid idea to accelerate… Bad idea, but I would pay for this mistake later… Only a little further, we arrive with Peter and now we are a group of 3. I see 2 more riders in the distance… But…., sure, it had to happen. With these lints as signs + the strong wind, I missed some that were taken in the inside of a turn where the wind got them out of sight… No signs visible? So, we went straight and ended up watching the beautiful forest for some time before we discovered our mistake. – hmm, UCI racing, UCI points, blabla, big name, big money, what about some normal signs?? Check the rules from UCI on signs please, it has some good ideas… Sure, making signs costs money, but if you put the name of the main sponsors on them, Endura or/and Villapark and it will be ok + can be used 5years and is better for nature… (and looking at the prizes, money is not an issue?) Just an idea – Little frustrated that what I had expected just happened, I must have speeded up because from this point I was alone. I had to stop 3 more times to fill my bottles and once to lube the chain, but it went fine till km 65. Here, the man with the hammer came from behind a tree and I knew I was going to have the hardest final 15kms. Is it because this is my longest ride of the season? Or because of the high HF in the first 20kms? Well, must have been a combination of all the smart things I’ve done today, because punishment was hard! But, It isn’t the first bad day in my life and I guess you get used to it, so, switch of the pain and just keep on rolling. The faster you get to the finish, the faster the suffering is over, that’s the only logic left. And so I did and I even took 3rd place, which was a lot more than expected, but as always, it doesn’t depend so much on your personal qualities (or the lack of them today), it depends more on the competition… 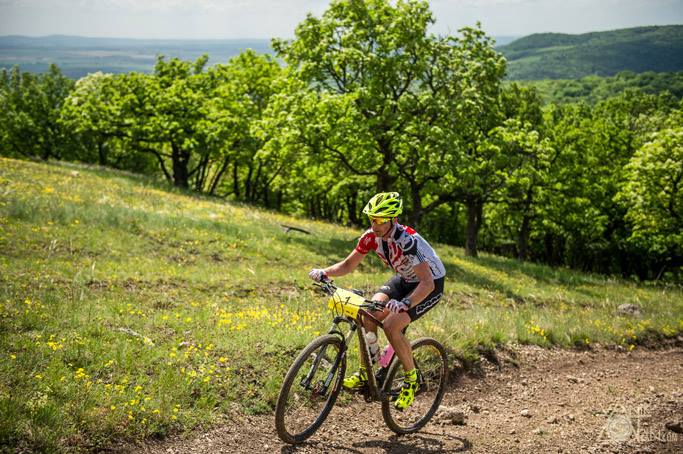 So, am I happy with the test? Hm, after the long sickness, I have been thinking a lot about racing and to be honest, I think I lost the motivation… It’s not like races are great party’s where people have lots of fun, no, here, people are damned serious and even think this is a job, not a hobby, not a passion. So, I don’t really fit in and so why am I doing it? Sure, going fast when feeling in top-shape is just something special, but that’s the up-side. The downside is the bad days and the stress around from the others. Is this the way to spend my Sundays? Or better go riding with friends on trails and have a beer- pizza- good time after?? So, the 10 weeks of “pause” were a result of illness + a lost motivation to start again. The test today would be more than just a physical test, it would also be the search for motivation, to see if I loved racing enough to switch back to being an amateur racer. Well, we’ll see in a couple of days, but so far, I haven’t switched on, I don’t see the logic in going back to just racing. I think it’s time to get out, time for a change, time for a more balanced life with the family, more adventure trailhunting with friends all over Europe, time to get back to the fun in my passion: exploring, adventure, friends, … and an occasional new race. But ok, as I said, give it some time, I will give it another try next week in Bakonye, a race where I was last year but where I had no energy to look around, so I need to do it again to explore that forest J.

See you and have fun!!