From the 25-th to the 28-th of June our team was at the Pamporovo Bike Fest 2015 – one of the bigger events in the Bulgarian mountainbike calendar. The schedule for the festival was quite busy – during those 4 days we saw several different races. The RAM Bikes Team riders took part in the 4x race, as well as the main downhill event.

The four cross start was held on the familiar track from last year, and even with a low number of riders (only 16) it was quite exciting, albeit a little too short. The track was renovated last year with lots of new features and it hosted a round of the 4x Pro Tour series – the top level event in that discipline, now that there’s now more 4x World Cup. It proved to be a good challenge even for the top pro riders with big jumps, a variety of line options and technical sections – this track really has it all! Bobi Krumov was one of the main contenders for the top spot in this race, but he pulled the short straw and came in 3rd in the semi finals. This sent him into the small final, rather than the big one, and he rode well, winning the round – unfortunately this was only enough for 5th place overall.

In the downhill we had a lot more RAM riders competing – here we had Anton Nastev, Martin Bochukov, Valentin Tenev and Bobi Krumov. Just like everyone else our boys had to face an almost entirely new DH track, which was a lot steeper than the old one and had some interesting sections – rock gardens, jumps, drops, steep woods and huge berms. Everybody was enjoying the new track, and our boys were having a lot of fun during practice. The only thing that could spoil that fun was the shaky weather – all the new steep sections were going to be pretty “interesting” in the wet! Much to everybody’s relief there was no big downpour – a couple of brief showers were all that there was and it wasn’t enough to really mess up the track. In the veterans’ category Anton Nastev was riding really really well – good enough to end up winning the top spot among the +30 crowd, where the competition is getting really fierce these days. All other RAM riders raced in the mens’ category (17+), where the best results came in from Martin Bochukov and Valentin Tenev, ending up 9th and 10th, respectively. Bobi Krumov ended up 19th, a bit further down the results list. 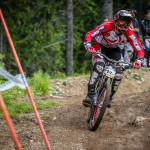 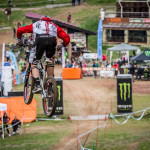 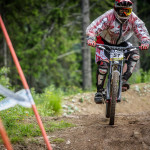 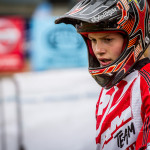 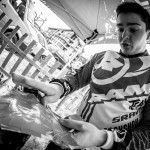 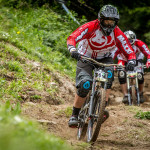 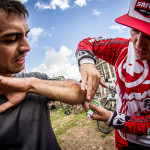 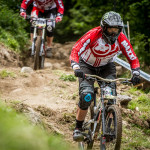 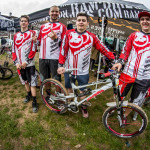 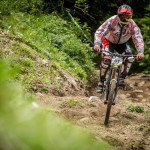 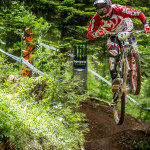 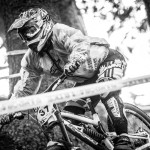 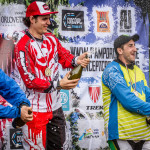 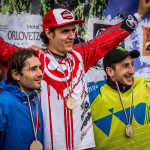 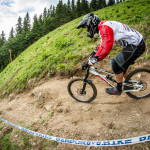 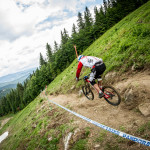 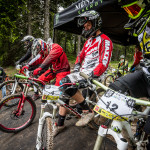 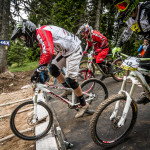 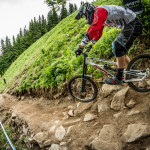 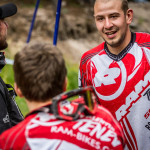 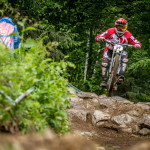 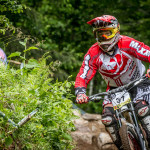 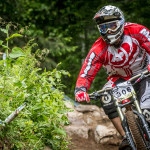 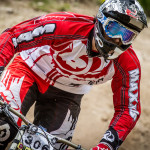